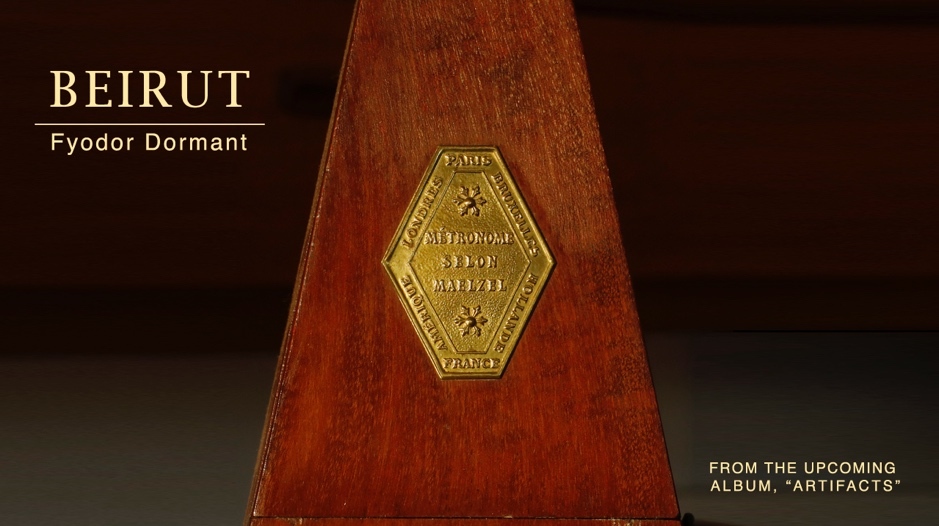 Sharing a third single from Artifacts, "Fyodor Dormant." Via Zach:

"I don’t know if people who hear most of my music would know immediately how much I loved synthesizers as a teenager. I saw them as a welcome escape from the then electric-guitar-dominated music of the States and the UK, before I was exposed to the broader spectrum of music outside of these narrow walls. I still sneak synths in around the corners of most albums, sometimes heavily, sometimes subtly. I now have access to some beautiful and unique analog systems, but back then, I had a barely functioning, shared-by-the-whole-house PC with a pirated copy of fruity loops, and I wanted to make music that could make me get off the wall and move a little, at least in my imagination. I was an often lonely and isolated teenager and rarely if ever found friends as obsessive and similar-minded about music as myself, so starting a band always ended up seeming more or less out of the question. This was my first experience being able to arrange for all parts with ease, and starting to craft sounds from simple wave shapes into something with character was an exciting endeavor that I still enjoy. It was on songs like this one that I started adding the acoustic instruments back into the mix, using a piano that was moved into the house that I fell in love with, and my dear companion the trumpet. It was from about this time at 16 years of age and on that I slowly began to shed the training wheels of the computer program and wander deeper and deeper into the unknown sonic territory of Farfisa organs, accordions and ukuleles." 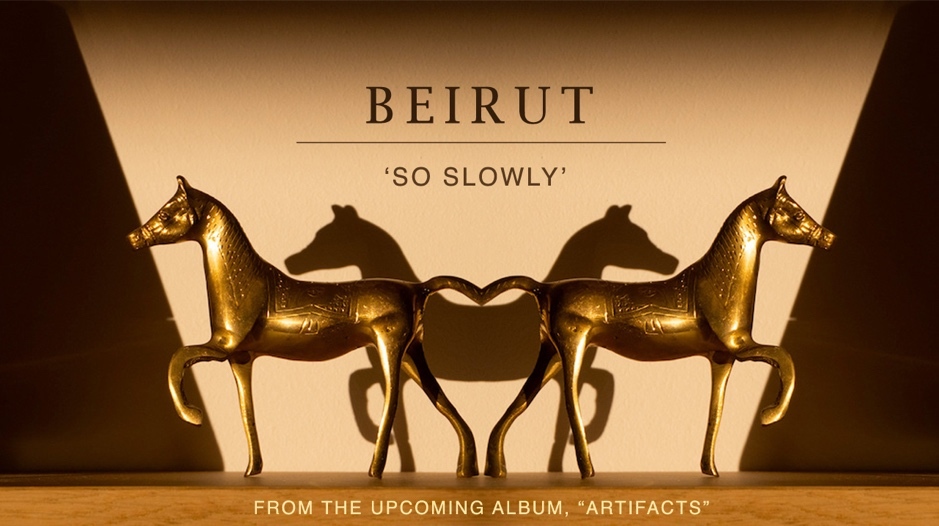 New Single "So Slowly" Out Today

New single "So Slowly" out today!  Via Zach:

I had a few years where all I wanted to play was the Wurlitzer for some reason. I actually first wrote this song on a white baby grand piano that was surprisingly cheap. Apparently white pianos lost their popularity as a status symbol in the thick carpeted living rooms of the 70s. I was particularly proud of the conch shell "brass section" I arranged behind the first vocal parts, using a self made horn from a huge conch shell my parents had picked up in Key West when they were still young and wild, before me and my brothers were born.
After I dropped out of highschool, I began work at a local frame shop building antique gilded frames for all the galleries in town. And when I found out how the shells, along with human femur bones, were used as early brass instruments, I took it to the frame shop to consider how to make it playable. In a moment of inspiration and impulsivity I proceeded to belt sand off the end of the shell, then drimmeled out the rough shape of a trumpet mouthpiece into the spiraled opening. It worked out better than I had imagined. I had used the shell for the opening piece of "The Flying Club Cup" already, but decided to take it to the next level on this song, letting out every sound I could conceive of it making and stacking it up to resemble rough harmonies. Nick Petree held down the rhythm section beautifully and we traded off on hand drum parts like proper Santa Fe hippies. I'd like to think this may be the first song to contain melodies done on both a prepared piano and a conch shell. I never knew where to place this song until now.

Listen to "So Slowly" HERE. 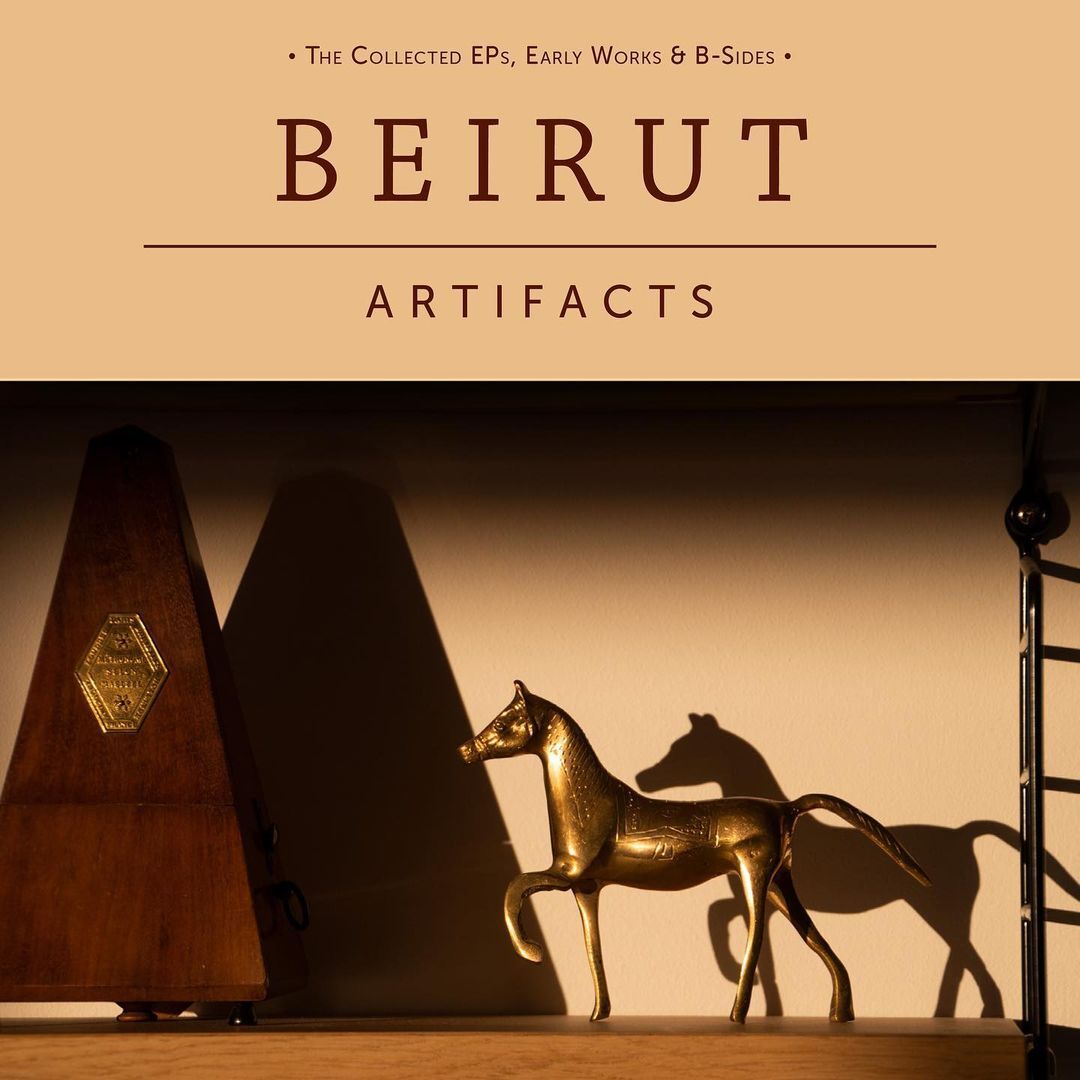 Zach Condon, the mastermind behind Beirut, has announced Artifacts, a double-LP’s worth of music that traces the evolution of Beirut from a 14-year old Condon’s first attempts at bringing the music he heard in his mind to life, to the fully formed Beirut we know today. Artifacts began humbly as a means of compiling a few early Beirut EPs for a proper physical release. However, as Condon explains in the album’s excellent liner notes, reconnecting with old recordings through fresh ears turned a simple re-issue project into something much more expansive. “When the decision came to re-release this collection, I found myself digging through hard drives looking for something extra to add to the compilation. What started as a few extra unreleased tracks from my formative recording years quickly grew into an entire extra records-worth of music from my past, and a larger project of remixing and remastering everything I found for good measure.”

To celebrate the announcement, Condon is sharing the never-before-released song “Fisher Island Sounds,” found on Side B: The Misfits. Of the song, he says, This song was written while staying in band member Ben Lanz’s old family cottage on the coast of Connecticut, on the Fisher Island Sound. I played with the lines for years before trying to record versions of it in Brooklyn with the band. Perrin Cloutier had taught himself how to play a new button accordion beautifully, and the band was really sounding their best. I however, struggled in those years to put vocals on the songs and ended up scrapping a lot of the music from that era in this part of the collection due to fear, stress and self-doubt. I’ve come to rediscover some of these old songs in a different light since then, but they do remain a heavy reminder of unsteady times.

Artifacts will be released January 28, 2022 on Pompeii Records. Pre-order HERE